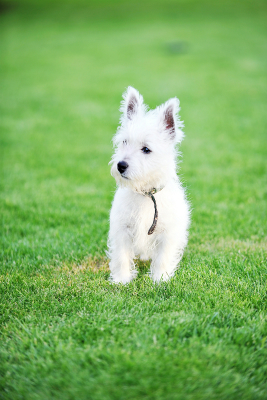 There are many, many ways to potty train a dog. Each dog, just like each person, is different and has a unique personality, habits and quirks. It’s up to you as a new dog parent to see what works best for you and your pup.

You can create a schedule to get your dog used to being ready to go out at a particular time of day, so there are no surprises. You can use a designated spot, 100% of the time for indoor training, or use a few spots throughout your home so your dog can reach a pad in time. You can keep your pup on a leash at all times to get him used to it and remove a new variable when it comes to going outside instead of inside.

There are some hard and fast rules to puppy potty training as well that you should keep in mind. Change the puppy pad after every use. Learn your dog’s signs, which may include walking around stiffly or in circles or sniffing the floor. Don’t punish your dog for having an accident, but reward him or her for using the pad effectively.

The Benefits of Having a Training Pad Garbage Can

Even though there are multiple ways to help you potty train your new dog, it can still be somewhat of a hassle. Having a training pad garbage can is a must-have for anyone training a new puppy. It helps make the process that much easier, so you can focus your energy on quality time with your pup and spend less energy on cleanup time. The Training Champ is the perfect example of a product that really does it all.

– The Training Champ  is incredibly simple to use.
– The 7-gallon capacity container will make daily disposal easy, as it severely cuts down on the amount of time you have to spend running ruined pads to the dumpster outside.
– The double-seal lid and lightly scented liner seal odor inside the innovative cannister for good.
– The liner is fully biodegradable, so you can feel good about your environmental impact.
– The canister is durable, made of ADB resin and backed by a 5-year warranty.
– The elegant design is simple, contemporary and fits anywhere in your home.

As long as you’re diligent about cleaning up after your puppy right after he goes, never again will you have to worry about unsightly odors sticking around in your home. And puppy training becomes that much easier. 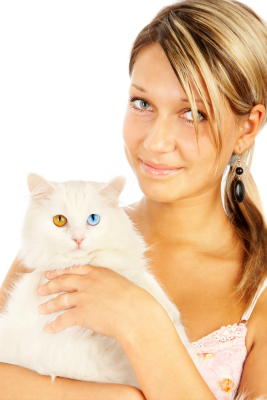 Who likes the smell of a dirty litter box? I sure don’t. The smell can permeate a room and sometimes an entire home. Can you imagine if you were the one who had to sit in and use that box on a daily basis? Poor kitty! At least 10% of cats will stop using their litter box if they find it too smelly.

Luckily for us loving cat owners, there are easy ways to curb litter box odor before it even begins.

1. Make Sure You Are Using the Right Litter

The litter you use plays a large part in how well you can control litter box odor. Although cats tend to be rather particular about which kind of litter they like to use, there are definitely some litters that do the job better than others. Look for a kitty litter with these properties:

– Avoid perfumes and additives that claim to mask or bury the smell. They often make the scent more overwhelming and make it easier for the smell to travel. Most cats don’t like them very much anyway.
– Buy a litter that clumps easily, so you can lift all the solid and liquid waste out easily and all at once so nothing gets left behind. Granulated litter has its benefits, but clumping litters grip waste more effectively and help remove it much easier.
– Use a liner in the box or else wash it out weekly to avoid bacteria from sticking to the bottom of the pan and prolonging the odor.

2. Make Sure You Are Emptying The Box Often

Emptying the litter box is a chore no one enjoys. I myself tend to put it off sometimes, even though I know I should do it daily. My cat Bowie has to remind me every so often; he will stand disapprovingly outside his litter box and meow at me until I rush to his aid.

Even though emptying the box is one of the most unappealing parts of having a cat, doing it often will ensure that bacteria doesn’t build up and create an odor. At this point you may be saying, “But emptying the litter box every single day is so time consuming, monotonous and difficult. How can I make it easier?” The answer is simple – Litter Champ.

3. Make Sure You Are Keeping the Waste Contained

Most cat owners resort to the old system of shoveling their used cat litter, solid and liquid waste and all, into an old plastic grocery bag and either filling it up, or tossing it in the dumpster every time they have to empty the litter box. By keeping the bag around until it’s full, you’re letting bacteria and odor out into the air of your home. Tossing the plastic bag each time may not contribute to odor but let’s face it, it’s annoying, time consuming and flat out too much work – especially if the weather outside isn’t accommodating. So how do you find a happy medium?

The Litter Champ canister has a double-seal lid which keeps the container tightly shut. Little to no bacteria has a chance to escape and spread odor throughout your home. Not only that, but the continuous liners are thick enough to resist tearing and are lightly scented. Even after you remove the bag from the canister, you won’t have to worry about odor. By keeping the waste contained you’re not only eliminating odor, but you’re keeping your home more hygienic by containing potentially harmful bacteria as well.

All in all, the 3 ways to control litter box odor are fairly easy to achieve. Two out of the three can be accomplished with one simple, sleek, easy to use product: the Litter Champ. 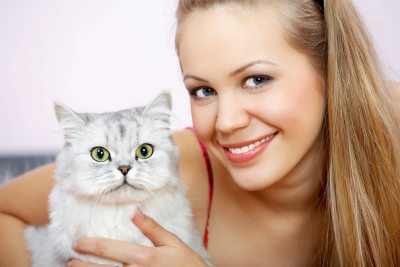 When I got a cat a few months ago, I was ecstatic. I love animals of all shapes and sizes and having one of my own was an exciting concept. My cat Bowie is extremely affectionate, playful and always is ready to cuddle when I’m feeling down.

After adopting him, it became apparent to me that I would have to get used to many, many trips in the elevator in my apartment building; I was constantly emptying his litter box and had to run the plastic bag down to the dumpster. This got really annoying really quickly. I thought to myself, “I only have one cat – if I want to get him a playmate, I’ll have to go to the dumpster twice as often!”

Luckily not long afterwards, I learned about the Litter Champ. It seemed like a heavenly answer to my prayers. As soon as I got it home and set it up, I realized it was more than worth the investment. It sits unassumingly in my bathroom, practically blending into the wall behind it. I keep the included scoop right next to it. Bowie is extremely clean and hates when his litter box is dirty. So every morning, like a dutiful cat mom, I grab the scoop and clean the box out. With one foot on the Litter Champ pedal, all I have to do is drop the waste in and let the double-sealing lid fall closed. That’s it! No mess, no fuss and no smell.

I was convinced, however, that within a day or two, I would have to empty the cannister. Surely, after a few days worth of waste, my bathroom would smell horrible. But the smell never came. I had a friend over after a week and I cringed when she asked to use the restroom. What if it did stink and I had simply grown accustomed to it? Before she left I asked if the smell bothered her. She told me she didn’t even realize there was a litter box in the room! I was astounded.

It took two full weeks until my canister was full. I also used it for other bathroom waste, so if I had dedicated it purely to litter, I’m sure it would have lasted longer. When I realized I couldn’t fit anything else into the bag, I opened up the front door, pulled the bag down and cut the continuous liner on the covered blade on the inside of the door. I tied off the top and realized happily that even outside the canister, the bag kept in the odor!

Eliminating all these pesky factors has truly made buying the Litter Champ worth it.